When writers first start out, the characters they create are bright, shiny, and new. Writers move them through the plot much like orchestrating a simulation game. The characters are perfect and fit beautifully into the world and plot developed for them. While the writer understands and loves the cherished characters, the reader may not–and probably does not–see them in the same way. The characters may be too perfect.

It is difficult to understand or digest, but the beloved characters that we create need to be flawed; they need imperfections even if it appears to us that our character or hero may appear weak. But, the reader needs them to be flawed. They need heroes who struggle during the journey but finally press forward. The reader needs our characters to fail, get beaten down by antagonists only to rise above from inner strength and personal mettle. Readers need to identify with and cheer the characters on, and then celebrate when they finally win. That is the human condition:  characters that help us all feel like it is we who have just struggled and then won. As writers, how do we begin crafting such characters? 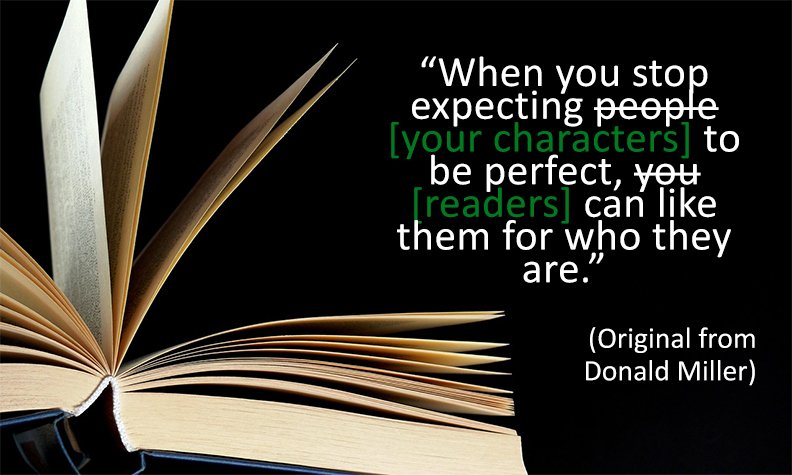 One suggestion for helping to craft deeper characters comes from the psychological concept called Locus of Control.  In human psychology, locus (arc) of control refers to the level in which a person feels they have control over the events that influence their lives. This concept, discovered by Julian Rotter in the 1950’s, asks does a person controls their life or does something else control it? Such a concept has monumental applications for writing and deepening characters. J. Daniel Sawyer recently spoke about the importance of the lous on control in in his Every Day Novelist podcast.

There are two types of locus of control: internal and external. A person with an internal locus of control believes that he or she can influence events and their outcomes by taking responsibility for their actions while someone with an external locus of control blames outside forces for everything. Sawyer reminds us that the extremes of internal and external locus are not the norm. Locus is like a gauge and normalcy exists somewhere in the middle. Interestingly, locus is not fixed and can change based on situations that happen to a person. However, events that influence a person to move to the extreme are what makes drama—and credible and understandable antagonists in addition to our heroes.

“When you stop expecting people to be perfect, you can like them for who they are.”
― Donald Miller

Let’s change that quote to say:

“When you stop expecting your characters to be perfect, your readers will like them more for who they are.”

It’s been a while since I’ve written or posted

Pausing the writing to get out and live a little.

As a writer, and even a songwriter too, words have

Rigoli and Reeves out, listening to live music and

After a zen motorcycle ride, Rigoli and I out list